Can I trust an offshore development team? 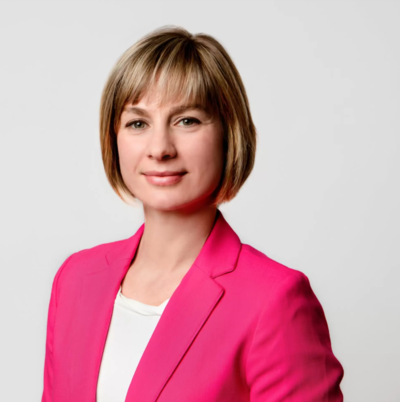 In some cases this works out quite well, but in other cases not so much. Communication problems can lead to a delayed or poor quality product. Many people ask themselves: Can I trust an offshore development team?

For many businesses, a hybrid onshore and offshore team might be the perfect balance. These teams cost less than most onshore teams, but offer superior communication and reliability than most offshore teams.

Lower costs: The main advantage to offshore teams is lower upfront costs. The cost of living in Eastern Europe or India is much less than in the Western world, so talented developers can be hired for less.

Clutch lists 2574 software development firms in Eastern Europe. More than half of them (1,364) charge less than $50 an hour.

These prices are far below typical rates in the Western world. In the United States, for example, Clutch lists 4,411 firms. Only 679 of them charge less than $50 an hour.

But as we will discuss below, fewer upfront costs does not mean fewer total costs. An inadequate development team may take longer and cost more money in the long run.

Larger talent pool: No matter what country you live in, most software developers do not live there. The majority of software talent is always offshore. In some cases, this may mean you can more easily find specialized expertise offshore than onshore.

On the other hand, however, most of the world’s mediocre software developers also do not live in your country. More overseas talent does not mean more talent overall.

Language and culture barriers: Most offshore team will speak a different native language than you. They will also follow different behavioral norms than a team in your home country.

Cultural barriers are frequently underestimated. Small hiccups in communication can cause big problems for complex software projects. Developers in India and East Asia, for example, are often less confrontational and direct than American or European developers. This can lead to bugs not being addressed or fixed for long periods of time.

Lack of transparency: When you work with an offshore team, you often work with an intermediary. This can be an agency, a project manager, or both. Like the children’s game of telephone, messages get distorted when conveyed through several people. You might not actually know what’s going on with a project on the other side of the world.

Your project may have abstract goals that cannot be communicated without using specific vocabulary. Your business might also have many intended uses for the project, and need it to function in specific ways. Therefore, it is crucial that your development team really understands your true goals for the project.

When communication is difficult, aligning your goals with the activity of the development team becomes a lot harder. They could produce something that doesn’t fit your existing system, or doesn’t achieve what you wanted to achieve.

Security issues: Any good development team will know how to keep a project secure. But the more times information changes hands, the less sure you can be about project security. And if an unscrupulous individual in a foreign country does something illegal with your information, you may have few or no legal avenues for compensation.

In addition, cybersecurity laws in other countries may be different or virtually nonexistent. This could lead developers to design code that does not match the standards of your home country.

Greater costs due to rewrites: When communication is difficult, transparency is low, and goals are not aligned, you may end up having to request more changes to the project than you expected. This could make your project take longer and cost more than using an onshore team would.

Different time zones: Although the post-pandemic world has made most people comfortable with working across different time zones, this can still be a problem. If you need to get a system up and running as fast as possible, only being able to talk to your team for a few hours each day can set you back quite a bit.

May hurt brand image: Outsourcing of all kinds has long upset many people. Choosing to hire a foreign team will mean that no domestic team will be paid for your project. If your customer base is especially opposed to outsourcing, and if you are concerned about any bad press about it, this could create problems for you.

Why you should consider hiring a hybrid team

Offshore teams can be risky. Onshore teams will likely do the job right, but cost significantly more. What if a third option existed?

Hybrid development teams split work between onshore and offshore offices. At JetRockets, for example, we have a team in Russia and a team in the United States. Both teams speak English, allowing full transparency across countries and making it easier for us to align our work with clients’ goals. We offer onshore experience with offshore costs!

Instead of gambling on an unknown offshore team, consider employing a hybrid development team. They typically offer midrange fees and are a great way to gain access to talented experts. They also conform to the security laws of your country, and won’t tarnish your reputation by making you an “outsourcer”.

Many successful US companies have entrusted their product development to JetRockets, and have been very happy with the results. Our real secret is our ability to align our goals with our clients. While many offshore teams may struggle to get in sync with foreign clients, our number one priority is to ensure that we understand and work towards our clients’ goals as a cohesive whole.